Telangana may be a newly formed state in India but its cuisine retains the old Midas touch, flavour and traditional ways of preparing various dishes is still prevalent! Yes, there is a way of serving various dishes and relishing daily meals.

Festivals are times when special desserts are prepared with the whole family participating in the affair. Well, it is as much a family union during preparation of pickles to naivedyam as it is during celebrations of any family event with music and dances!


Tangy and Spicy Food of Telangana

The cuisine of Telangana is known for its hot and spicy taste. Hot pickles are a must with daily meals. Curry is cooked using lentils (dal), tomato and tamarind. The way Telugu speaking people in Telangana cook food, prepare snacks, curry (known as kora) and sweets also varies according to the place they are residing in due to local influence and community they belong to. For instance, in Telangana, staple food includes millet bread or roti. In neighbouring Andhra, people prefer to eat rice while in the Rayalaseema region, ragi is more popular.

Breads  eaten in Telangana also include those made of jowar and bajra apart from the daily bread prepared using millet. Some characteristics of the cuisine of Karnataka state, Maharashtra and Chhattisgarh too can be found in the Telangana cuisine. 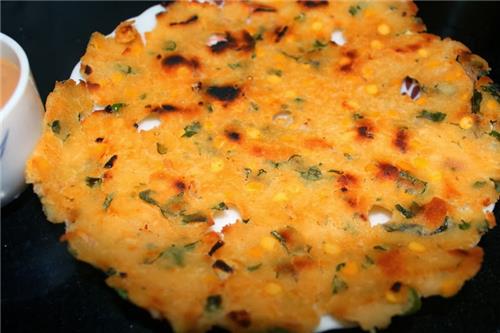 Common and Popular Dishes from Telangana


Sweets and Savouries in Telangana

Savouries and snacks in Telangana state comprise of chakinalu or sakinalu (prepared during Makar Sankranti), garijelu cooked with sweet stuffing or even with mutton and chicken keema, madugulu, crispy pharda pheni etc. Bobbattu is a snack made from wheat or sooji and filled with lentils and jaggery. Ariselu is a sweet prepared using jaggery and rice.

Well, one of everyone's favourite is chakodi snack! Boondi mithai can be commonly seen during festivals and auspicious occasions. These also make for a tasty evening snack! 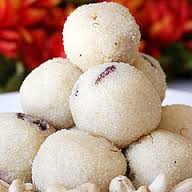 Rural cuisine is cooked on matti poyyi which is a century old stove still used in villages. Mud pots are also used for cooking. Jowar, bajra and ragi are used along with rice which is regarded as a symbol of prosperity.


How Does Telangana Cuisine Differ from Andhra Cuisine

The way of preparing dishes differs in both the regions. People in Telangana love to add spring onions, coriander seeds, lot of sesame, tamarind, green chillies, spices to impart an exclusive flavour to the dishes. Red chillies (koraivikaram) and asafetida are also used in dishes in Telangana.

People residing in coastal Andhra do not use much of sesame and love to add hot Guntur chilly and coconut to their dishes.

As far as preparation of pickles is concerned, in Andhra, pickles are prepared by adding oil without first heating it. However, in Telangana,  it is a must to boil oil and cool it before adding it to the pickle.Gongura or Puntikura is extensively used in curries and pickles. 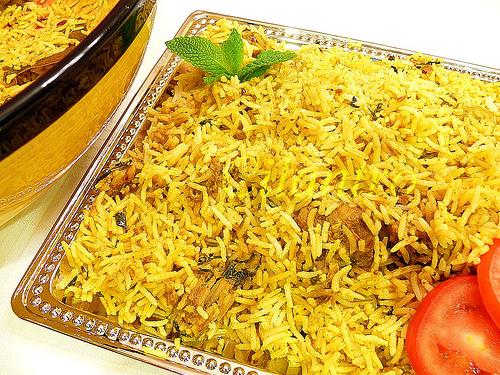 The capital of Telangana and Andhra Pradesh - Hyderabad is very famous for Hyderabadi biryani which is prepared by traditional method of dum pukht, that is, slow heating. Cuisine in Hyderabad has inherited its delectable taste from influence of Muslim Nizams and also bestows Persian and Arab influence.


Presentation of Food on the Platter 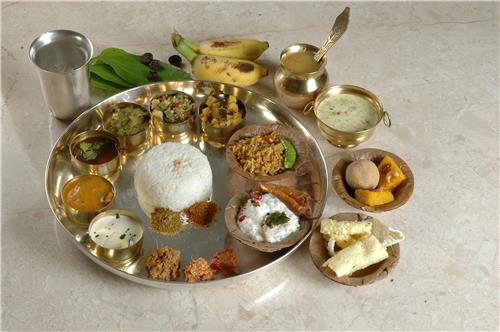 There are a number of Irani Cafes in Hyderabad and Secunderabad. People love to come to these cafes especially to have special tea which is both milky and sweet! People of all age groups visit these Irani cafes. They come here just for a tete-a-tete with their friends savouring osmania biscuits which are really tasty. Tea can be had with other snacks such as samosas and mirchi bhajjis. To be safe, you must have mineral water bottle in these cafes. Cost of tea, samosas, a plate of mirchi bhajji is about INR 3 each. Biscuits are INR 5 per plate.

Dum Pukht cooking is especially used for preparing Hyderabadi Biryani and other vegetarian and non vegetarian pulao dishes. It is a slow method of cooking which dates back to 16th century and was introduced in India by the Mughals.

Handi (round spherical clay pot) is used for Dum Pukht cooking which is a Persian word meaning baked or air (steam) cooked. Smaller version of handi is known as handiya. The lid of the handi is sealed with flour so that the aroma of spices used do not escape and the rice is cooked by the steam formed inside the container. 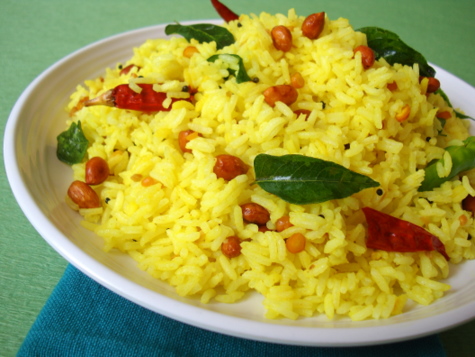 Bathukamma is a floral festival of Telangana. It is celebrated during September-October every year for nine days during Durga Navarathri.  It is followed by Boddemma, a 7-day festival which marks the beginning of Sarath ritu.

Each day of the festival marks offering of naivedyam (food offering). These include sesame seeds (nuvvulu) with rice flour (biyyampindi) or coarsely ground wet rice known as nookalu. Bellam (jaggery), flattened parboiled rice (atkulu), boiled lentils (mudapappu), wheatlet pan cakes (uppidi pindi atlu) etc. are prepared and offered as naivedyam during the festival. Ninth day of Bathukamma known as Saddula Bathukamma is marked by cooking of five types of rice dishes:
Ingredients of various dishes prepared during the festival are corn, sorghum, bajra, black gram, wheat, rice, cashew nut, jaggery and milk. Maleeda is prepared by mixing roti and jaggery and distributed to everyone present at the end of the event.

There is no doubt that Telangana has a rich cuisine. People eat meals in a traditional way, sitting on the floor and on banana plates using their hands. Meal time is an elaborate family affair.  Nevertheless, urban population has taken to eating on stainless steel plates and dining tables. However, the traditional spiciness and flavours remain the same!