Culture in Telangana is a combination of customs adopted from Persian traditions during the rule of Moghuls and Nizams and more dominantly South Indian customs. Thus, it has a very rich culture with Telugu culture amalgamated within the fabric of the society. Be it literature, cuisine, poetry, films, festivals and dances, Telangana is vibrant with colours and talent! 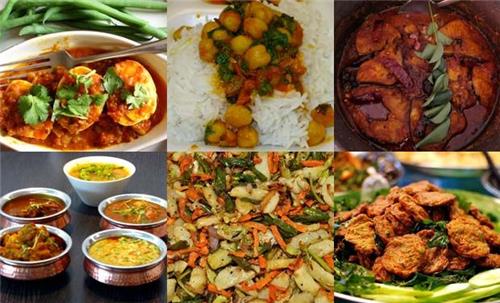 From Telugu cuisine to Hyderabadi cuisine (or Deccani cuisine), Telangana food is mouth watering and finger licking! Yes, spicy too. Hyderabadi cuisine is said to have developed by the Qutb Shahi dynasty and the Nizams of Hyderabad. It has added flavours of Persian, Mughlai, Marathwada, Telugu and Turkish cuisines with a fine mixture of aromatic spices and herbs.

A lot of importance id given to cooking at the right temperature, selecting fresh herbs and spices, best quality rice, meat and other condiments to impart that distinct taste! Dry coconut, tamarind, peanuts, sesame seeds are also used in most of the dishes which are cooked in earthen pots or brass and copper utensils. Slow cooking (dum pukht) is the key to give the dishes 'just right' taste.

Films make for great entertainment in the region and people virtually worship their favourite stars. Male actors from Telangana include Vennela Kishore, Venu Madhav, Nithiin, Thagubothu Ramesh and Uttej. N.Shankar (Telugu cinema) is a film director from Telangana who is known for films such as Jayam Manade Raa and Jai Bolo Telangana.

Sania Mirza is the Brand Ambassador of the newly formed Telangana state.
Who doesn't know about Deccan Chargers (now called Sunrisers Hyderabad) which has played brilliant cricket in IPL! The Hyderabad Sultans is the Premier Hockey League team from Hyderabad. And there is Hyderabad Hotshots - the badminton franchise team representing Hyderabad in Indian Badminton League(IBL).

There are many more well known names from the field of business and It too such as Satya Nadella, CEO of Microsoft, Prem Watsa, CEO of Fairfax Financial Holdings and Shantanu Narayen, CEO and President of Adobe Systems.

Bathukamma and Bonalu are the state festivals of Telangana.
Bathukamma, the floral festival, is celebrated in Bhadrapada Amavasya or Mahalaya Amavasya (September-October). The festival is celebrated for nine days during Durga Navaratri. Goddess Maha Gauri is worshipped in the form of Bathukamma during this festival. 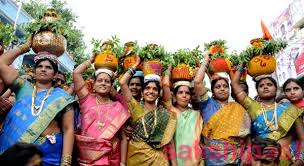 Bonalu is a festival in which Goddess Mahakali is worshipped. It is celebrated in the month of Ashada Masam (July/August). Yedupayala Jatara in Medak and Sammakka Saralamma in Warangal district are also famous festivals.

The Sadar festival is celebrated every year on the second day after Diwali. In the villages the festival is also known as Dunnapothula panduga. During this festival,innumerable buffaloes are decorated by their owners with turmeric paste, bells, kumkum bindhi on the forehead and horns painted in lovely colours.

Ayak or Bhimanna festival is celebrated by Kolam tribal inhabiting Laindiguda (Utmur Taluq) of Adilabad district. The festival falls in the Kolam month of satti.


Costume Worn by People in Telangana 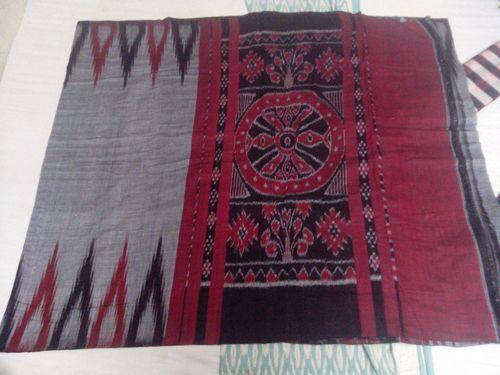 Tribal Dhimsa dance, Gusadi dance, Lambadi dance, Kuchipudi dance etc. are famous in Telangana.Deepavali is the biggest festival for the Raj Gonds residing in Adilabad district. As soon as harvest season is over, the Gonds dress in colourful costumes and beautiful ornaments and travel to neighbouring villages in troupes singing and dancing. These troupes are called Dandari dance troupes which comprise of 20 to 40 members. Small troupes with 2-5 members are called Gusadi which dance to the beats of gumela starting from the full moon day till fourteenth day of Deepawali. 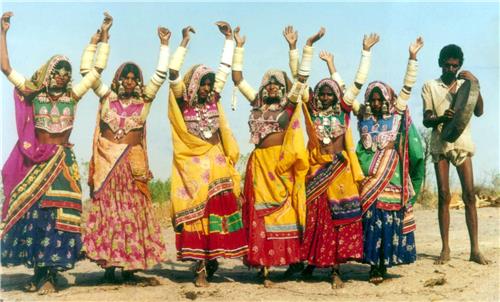 Lambadi is a semi-nomadic tribe (also known as Banjaras or Sugalis) which perform this dance in which movements are associated with harvesting, sowing and planting.


Art and Craft in Telangana 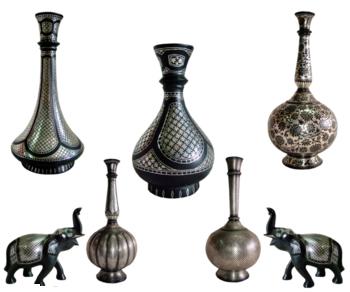 Bidri craft is unique art of silver engraved on metal.Brought by Iran migrants to India, this craft involves casting, engraving, inlaying and oxidizing.The art form got its name from a town called Bidar (currently part of Karnataka). An alloy of Copper and Zinc called Gunmetal is used in Bidri craft. Beautiful jewellery boxes, hukka, buttons, key chains and cuff links etc. are made using this art. 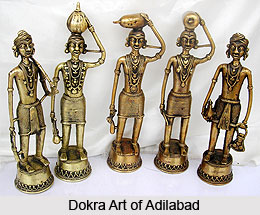 Dhokra or DokraBell Metal craft is a famous craft of Telangana region. It is also known as in which craftsmen produce figurines, peacocks, elephants, horses, measuring bowl, tribal gods etc. made in brass. These pieces do not have any joints! There are craftsmen in Adilabad district who have been engaged in this craft for generations now. 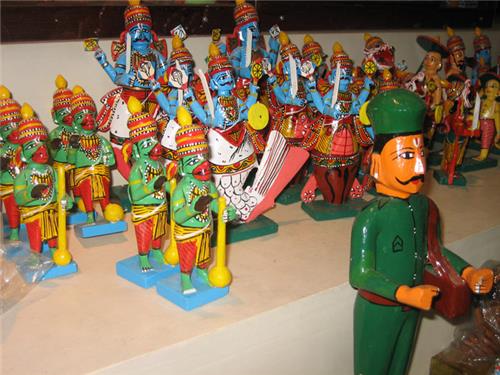 Nirmal is a town in Adilabad district which is famous for Nirmal Arts - lacquered furniture, pictures, trays, toys, bowls, boxes and wall hangings.Nirmal toys look exclusive with the touch of oil colours and are in demand in the domestic as well as international market.

Other famous crafts of Telangana are Bronze Castings and Lacquer Ware. Etikoppaka town in Telangana is especially famous for Lacquer ware. Lacquer is applied on wood by hand or by machine. Most famous among these are lacquer bangles which are embellished with beads, stones and mirrors.


Religion and Language Spoken in Telangana

In Telangana, major religion of the people residing here is Hinduism and Islam. Buddhism was a dominant religion here till the 6th century as is evident from monuments of Nagarjunakonda. Christianity is another religion followed by people here. 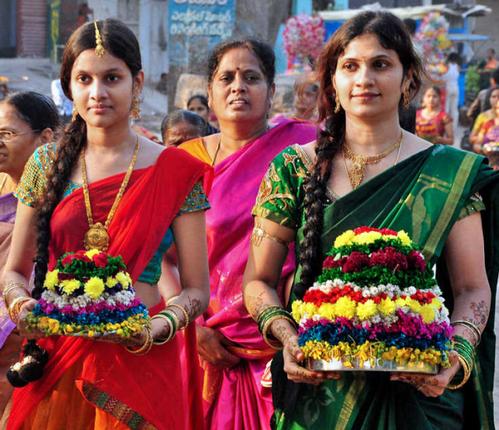 Telugu is the main language spoken here which varies from region to region in expression! Urdu is the second most widely spoken language in the state.

Telangana may be a new state but has a rich and traditional culture. The people are well versed with technological developments but have not left their traditions, festivals and art behind. They are proud of their rich culture. Women make beautiful decorative designs in the front yards of their houses after sweeping the floors. Children learn traditional music and dances at an early age. Telangana is a state worth travelling and exploring for tourists!