Telangana is a state where you can visit and enjoy rural tourism at its best. Some of the finest traditional crafts and items come from small villages of Telangana. Well, one of these villages is now a 'model village' and you will not find thatched roofs here! Telangana is fast growing and developing and has a few surprises for you as a tourist which you will simply love to discover.Let us explore how Ankapur has achieved this feat and what makes it different from other villages. 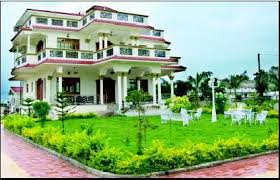 Ankapur - About Modern Farming, Cars and ... No Huts!

You must have heard about Ankapur Chicken preparation of Telangana. Here is your chance to know more about Ankapur - a village located in Arnoor mandal of Nizamabad district. This is not like many other villages you have seen. This 400 years old village is a small, self-sufficient and a very progressive Model village! NH-16 (connecting Nizamabad with Jagdalpur) and NH-7 (connecting Hyderabad and Nagpur) are nearby.


What Makes Ankapur a Model Village

The farmers here have adopted modern techniques of farming. They cultivate commercial crops like vegetables, maize, turmeric, sorghum (red jowar), pearl millet (bajra) and maize (makka). They also raise crops for seeds and the village even has a Peasant Association with members from residents from the village only who meet, discuss and organize agricultural development programmes.

Commercial seed production of sorghum (red jowar) and pearl millet (bajra) take place in Ankapur. In 1974, National Seeds Corporation (NSC) introduced these seeds in Ankapur on an experimental basis. Now, neighbouring villages and mandals have also taken to seed cultivation. The turnaround of this seed industry is about 100 crores!

Ankapur has many seed processing plants (belonging to companies like Pro-agro, Ganga Kaveri, Tulasi, Nuziveedu etc. ) from where seeds are exported to other North Indian States for fodder grass. This has given employment to local youth. 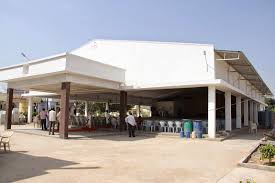 There is a Village Development Committee (VDC) or Sarva Samaj which is the decision making body of the village comprising of people from all religions and castes. The youth of Ankapur have formed the Ankapur Development Forum (founded in 2007) which has given exposure about this place on the internet, united Ankapurians residing in other places who even contribute with financial assistance for development of the village.

Awards received by Ankapur village include 'Best Village title, Model Village for Cent Per Cent tax collection, and recognition as a 'Model Village'.


Distance from other cities

The farmers in Ankapur are a rich lot as they have adopted effective agricultural practices and modern farming methods. The village has been referred to as 'Mini U.S.A.'! 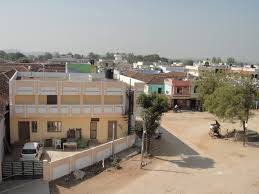 Ankapur Village has a Web Portal of its Own

In Telangana , this seems to be the only village with a web portal of its own - created by its residents who have well educated children, some of them settled as NRIs and others pursuing educational qualifications in U.S.A., U.K., UAE and other countries.

The financial growth of the village has been due to agriculture. Every house hold owns only not more than 10 acres land. However, they work hard and smartly yet scientifically to produce the maximum output! The harvest thus produced brings in money and yes, new cars too!


United We Stand: That's Ankapur for You!

Here is a village that stands to be emulated, followed and appreciated for its unity, ability to change and adapt to latest technology - a torch bearer for farmers in other parts of India; A guiding light for villages too as every lane here is neat and clean, every household educated and yes, thatched roofs have given way to beautiful houses and happy homes. We all salute Ankapur and its residents and hope that the cheer catches on with others too!