Telangana, the youngest state of India is developing its sports infrastructure at various district levels. The government has decided to adopt several measures to encourage sports and develop various facilities in the state. Lav Agarwal, the Vice-Chairman and Managing Director of the Sports Authority of Telangana, has observed the need for a Telangana State Sports University and decided to allocate special funds for the project.

Young sportsmen from the district have earned laurels for the state at the state and national levels. The tribal youth too have great enthusiasm for sports. The stadiums have to be further equipped with requisite sports material, trained coaches and ministerial staff in the stadiums.

Sports Complex in Shanti Nagar, Adilabad has a swimming pool, indoor stadium and wooden badminton court. A new stadium at Asifabad has come up and needs to be furnished with required staff and sports materials so that sports persons can utilize the stadium for practicing their sport. 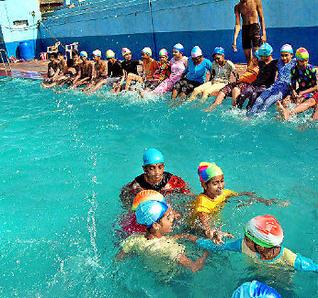 There is no stadium in this district. However, a few years ago, in 2007, the United Kingdom Sports Department, Youth Sports Trust and UNICEF joined hands for bringing sports facilities to Medak district. Physical education and sports coaches from U.K. trained children belonging to remote villages.

There is a private and a government swimming pool in Nizamabad. Patanjali Yogashala keeps sports enthusiasts in good shape, both physically and mentally. There is also one basketball court in Nizamabad. 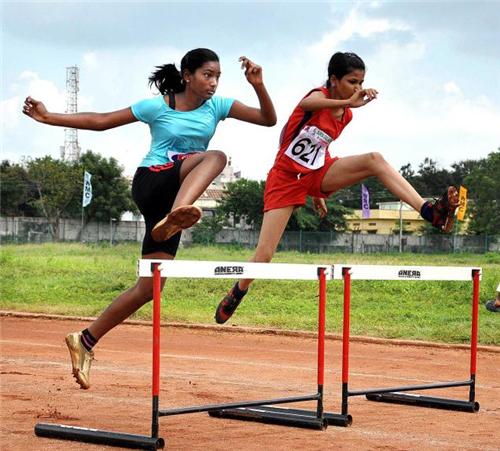 The Indoor Stadium in Warangal boasts of a Gymnasium and swimming pool. There is also KMC Basketball court for those interested in playing basketball.

There is an Athletic track and swimming pool at District Sports Academy in Saroornagar, Ranga Reddy. Play fields have been developed in Jala Vayu Vihar and the athletic track in Kismathpur too has been adequately developed.

Mini Stadium at Nakrekal and Indoor Stadium at Nakrekal is like a boon for sports persons. The Sports Complex at Nalgonda has an indoor stadium, basketball court and Gullaguda stadium. Various educational institutes organize their own sports festivals and sports events.

Stadiums in Khammam include Sardar Patel Stadium and Sports Complex. There is also a swimming pool in Khammam. Marrigudem has a Mini Stadium just like Wyra where there is a Mini Indoor Stadium too. Skating Rink in Wyra is a place for challenges for skating enthusiasts. 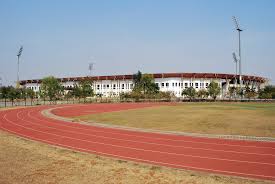 Hyderabad seems to be the hub of sports! There is a long list of sports stadiums and state-of-the-art sports facilities in Hyderabad which are furnished below: 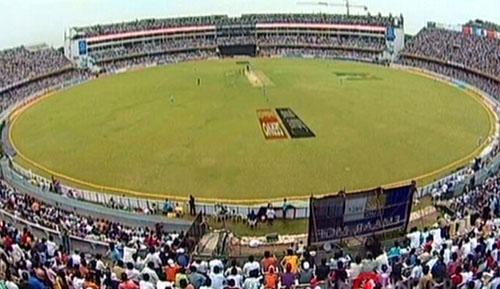 The Saroornagar Indoor Arena provides multipurpose indoor sports facilities such as Table Tennis, basketball, equestrianism, boxing, weight-lifting, gymnastics, archery and shooting. Gachibowli Hockey Stadium was built in 70 days and hosted the 2003 SAF Games. The stadium can seat 8,000 spectators at one time! It is a multipurpose stadium.

We have a sports person as the ambassador of Telangana - world class Lawn Tennis player Sania Mirza who hails from Hyderabad. It is natural for Hyderabadis to be inclined towards sports. There are many sports clubs and sports academies in Hyderabad which have been furnished below ---

Telangana has many upcoming players in the field of sports and by dint of their hard work, they will certainly prove their mettle in the state and national arena of sports!