The economy of any place is also decided by the connectivity and transportation facilities of any place. Places near the coastal areas will have access to natural resources, fish products and shipping advantage. Telangana has a green forest cover with trees having medicinal qualities, some districts are gifted with more waterfalls while some have mineral reserves enough to attract big industrial units!

The Transport Department of Telangana is set up for enforcement of the provisions of the Motor Vehicle Act, 1988 and Telangana Motor Vehicles Taxation Act, 1963 and the rules under it. Though Telangana has a good rail and air transport system, yet road transport is the most important one. It helps the people especially in rural areas to travel from one place to another with much ease. 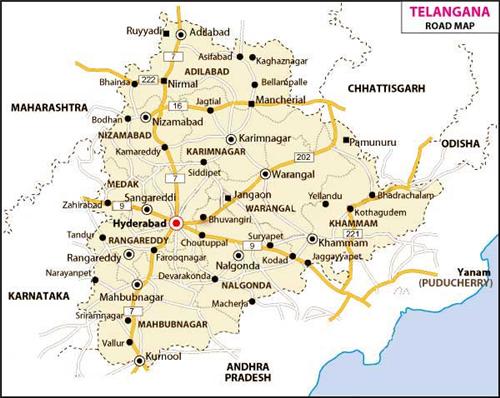 There are several State Highways too that include SH1 (Hyderabad-Secunderabad–Karimnagar); SH2 (Narkatpally–Nalgonda-Miryalguda) and SH7 (Devarapalli – West Godavari – Tallada – Khammam). 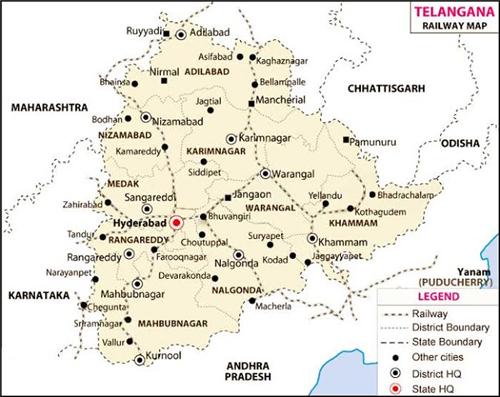 Transportation is an important facet for the development of any place. While the transportation facilities in Telangana as far as road transport is concerned, is being taken care of by Telangana State Road Transport Corporation buses as well as APSRTC (Andhra Pradesh State Road Transport Corporation) buses, air transport needs a careful revamping in the days to come. The government has come up with new and innovative plans which will connect Telangana with neighbouring states and places abroad in a much better way. 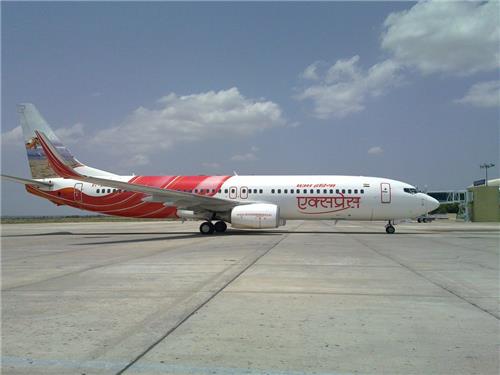 Small Airports a Boon for Telangana

Going by what the aviation experts proclaim, since it is not feasible to have more large airports in Telangana too soon, it might be a good idea to look forward for a small airport every few hundred kilometres which seems possible and is a public requirement too. This would improve connectivity and aid in investment and development even in remote areas of this newly formed state.

International airports require minimum of 9,000 metres of runway. There are around 16 airstrips in Andhra Pradesh and Telangana - some functional while others redundant. 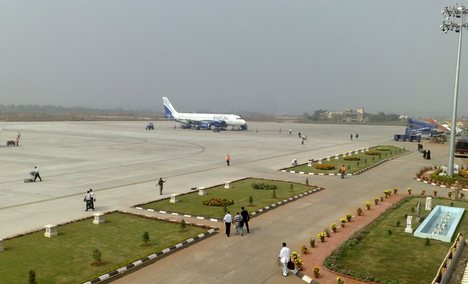 There are regular flights between Warangal and Tirupathi from this airport. This airport is in Mamnoor and was constructed in the year 1930, before independence. Mir Osman Ali Khan, the last Nizam commissioned it for its utility in business and commerce as there were paper industries in Shirpur Kaghaznagar and Azam Zahi mills in Warangal.

Warangal airport was used for cargo service and Vayudoot services too. Not only this, the airport served as a hangar for Government aircraft when Delhi airport became a target in combat during the Indo-China War. Do you know that during this time, this was the largest airport in India!

The Warangal airport does not have any scheduled commercial services at this time. It is spread across 1875 acres land area and comprises of a 6.6 kms. runway, staff quarters, terminals and a pilot training centre too! Hence, there are plans to develop Warangal airport further and match facilities available here with the best in the industry.

Well, there were talks about allowing a second airport to come up within a 150 kms. radius of the existing airport in Hyderabad.

As per the current policy, a new airport cannot be allowed within a 150 kms. radius of the existing airport! This was part of a concession agreement between GMR Group (which operates Rajiv Gandhi International Airport) and undivided Andhra  Pradesh, made in the year 2004. This agreement is valid for 30 years.

Two more airports are scheduled to come up in Hyderabad. The population of Hyderabad has seen an unexpected increase and with the advent of more investment in the field of IT, it will grow further. The proposed airport is listed to be located in Shamirpet area and the other one will be built in Ghatkesar. However, both the airports would be under 150 kms. of Rajiv Gandhi International Airport in Hyderabad which the GMR Group opposes.

A proposal was made by the centre to rename the domestic terminal of Hyderabad airport after former Chief Minister N.T. Rama Rao (an actor who hailed from Andhra Pradesh). The entire airport is named after former Prime Minister Rajiv Gandhi. The domestic terminal was initially called 'NTR International airport'. However, when it was shifted from Begumpet to Shamshabad in Hyderabad, it continued its name as Rajiv Gandhi International Airport. On the behest of NDA government at the centre, the Chief Minister K Chandrasekhara Rao agreed to rename the domestic terminal as NT Rama Rao. 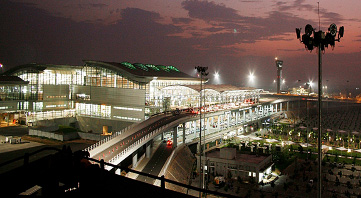 Telangana has seen lot of infrastructural development in the past few months. Building of more small airports will certainly bind people and regions together and make commuting simpler in Telangana. 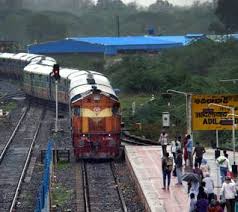 National Highway-44, which is the largest National Highway in India, passes through Adilabad. Transportation is easy to and from Adilabad and this explains why there are so many industrial units based in and around this place.

There is no airport in Adilabad. The nearest airport is in Hyderabad --- domestic and international airport, which can be reached by train, bus or hiring a taxi from Adilabad to Hyderabad.

There are state-of-the-art Volvo buses too plying between these cities which charge a bit higher than the TSRTC buses. Not only this, there are buses for travelling to really distant destinations like Shirdi, Ramtek, Gadhchiroli, Ahiri, Gondia, Bhiwandi and Mumbai.

The main bus stand in Karimnagar is B.R.Ambedkar Bus Station.It is a very busy bus station as buses to Adilabad, Nizamabad, Warangal, Khammam districts among others. The Zonal headquarters of TSRTC (Telangana State Road Transport Corporation) is in Karimnagar. 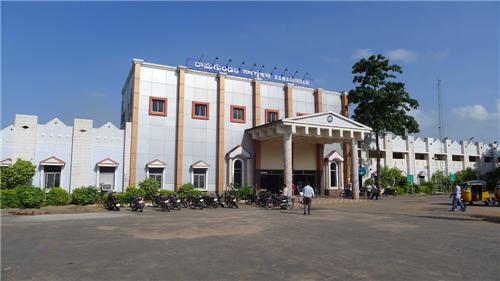 The Railway station is situated on the Peddapalli-Karimnagar-Nizamabad railway line. The Armur-Nizamabad line, which is under construction, will connect Karimnagar to cities such as Nanded, Shirdi, Vadodara, Surat, Nizamabad, Aurangabad, Ahmedabad, Pune and Mumbai when it will be completed by the end of year 2014.

Karimnagar-Tirupati is a super fast express train while Jagityal-Karimnagar-Sirpur is a daily passenger train. 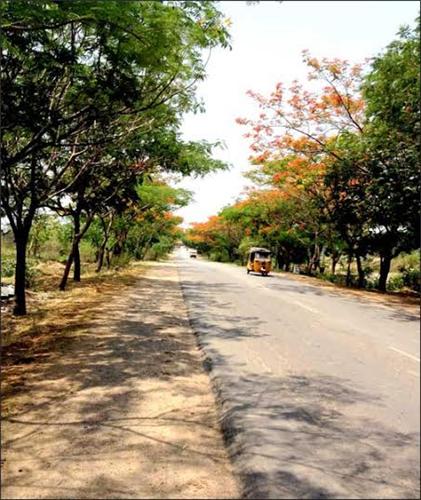 Important cities of this district such as Sadasivpet, Zahirabad, Medak, Siddipet and Sangareddy are well connected with villages and towns. Sangareddy is the district Headquarters. There are buses to different places, including villages near Medak.

Mirzapali, Akanapet, Nagalapalle, Zahirabad, Lingampalli, Hafizpeta, Chandanagar, Manoharabad all have their own Railway stations. People commute in trains for reaching to far away towns and cities. 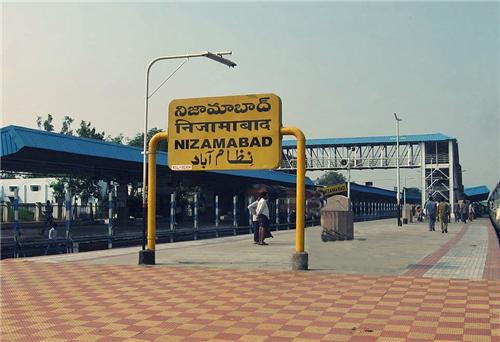 The nearest airport to Nizamabad is Nanded Airport. 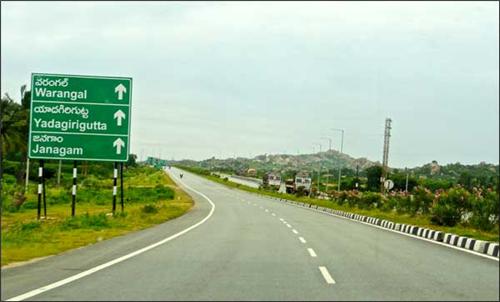 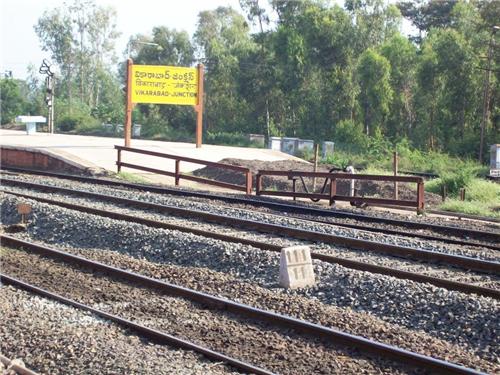 The local train starts from Kachiguda (Secundrabad) , then moves to Nalgonda, crosses Miryalguda and back twice every day. There are a number of buses plying between Hyderabad and Nalgonda.

There are bus services by TSRTC to Hyderabad, Bangalore, Gulbarga, Kurnool, Raichur, Thirupathi, Kodada, Guntur and Mumbai. You can reach Mahbubnagar from National Highway 44 connecting KanyaKumari and Varanasi. 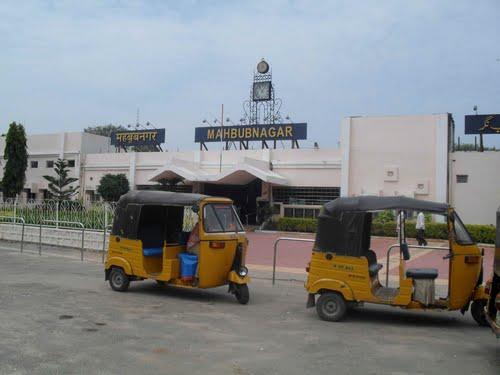 The four Railway Stations in Mahbubnagar are - 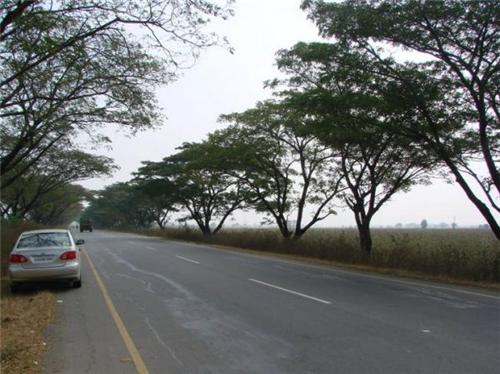 Telangana state transport operates buses to various towns and cities in Khammam. Khammam is situated on a link Highway - NH-9 and NH-5 that connects Hyderabad City and Rajamundry Town.There is a bus station at Indira Nagar too.

Khammam Railway station falls on the New Delhi - Chennai Railway line that connects Places like Hyderabad, Warangal, Vijayawada, Visakhapatnam and Tirupati. There are trains from here for metro cities and big towns of India such as Kolkata, New Delhi, Mumbai and Chennai.

Vijayawada Airport is the nearest airport from Khammam. However, most tourists also travel to Hyderabad airport as there is an International airport in Hyderabad too.

Hyderabad is the capital city of Telangana and Andhra Pradesh. There is an influx of tourists in Hyderabad throughout the year. Inside the city, peope travel by cars, autos, two wheelers, buses and yes, Metro rail! Metro rail is especially convenient for employees working in Secunderabad who have to travel every day for work and be home in Hyderabad by evening.

Rajiv Gandhi International Airport in Shamshabad is one of the best airports in the world! It caters to an unprecedented number of passengers every day. 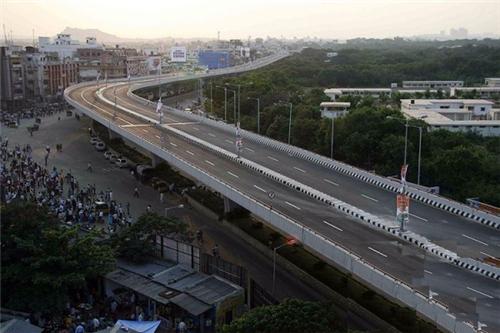 There are direct and intermediate flights from Hyderabad airport to places in the Middle East, Southeast Asia, Europe and North America.You can reach the airport by hiring a cab or even taking a bus.

Hyderabad, being an economic centre and capital city of Telangana and Andhra Pradesh, has buses to all major cities in India. These include Bangalore, Mumbai, Delhi, Kolkata, Nagpur, Chennai, Pune, Vishakapatnam and Vijayawada.

Some roads also have three lanes in Hyderabad. There are also multi-storeyed parking spaces in Hyderabad apart from Intelligent Transportation System (ITS). The roads are well laid and planned out as per requirements of the city traffic.

The new Jawaharlal Nehru Hyderabad Outer Ring Road is about 160 kms! The longest flyover in India is the PV Narasimha Rao Elevated Expressway Corridor from Sarojini Devi Eye Hospital to Aramgarh Junction in Hyderabad. It is 11.5 kms. in length and allows high speed access to the Hyderabad International Airport. 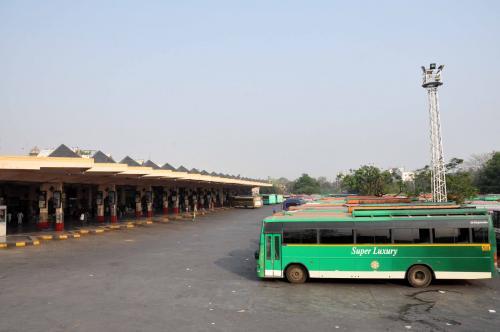 Mahatma Gandhi Bus Station is also known as Imlibun bus station by the local people. It is one of the largest bus stations in Asia.

Other Bus Stations in Hyderabad are ---
The TSRTC buses help people to commute with the city and also to far and near cities. More than 4,000 buses ply on Hyderabad streets for the convenience of commuters. Double-decker buses were introduced in the city in 1963.

There are minibuses too on the city streets of Hyderabad. These mini buses were started in 1979, discontinued for 2 1/2 years for being a source of pollution and later resumed in 2006. 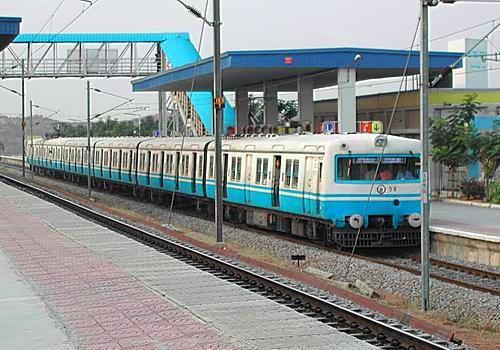 Hyderabad and is operated by Indian Railways. The Metro Rail Project in Hyderabad has eased traffic congestion to some extent in Hyderabad.

The 3 corridors in Hyderabad are ---

The four main railway stations for Hyderabad are -

You are aware of the magnificent tourist places in and around Hyderabad. Take some time off from work and be a part of the Metro rail and drive around the Highways of Hyderabad to get a feel of the city!