Utility and Emergency Services in Telangana

Utility and Emergency Services in Telangana

Utility refers to basic services used by people such as electricity, water and gas. Telangana state will take some time to have its own streamlined machinery in place for providing general services to people. Till that time, Telangana and Andhra Pradesh share the responsibility of serving its denizens with all the basic amenities. 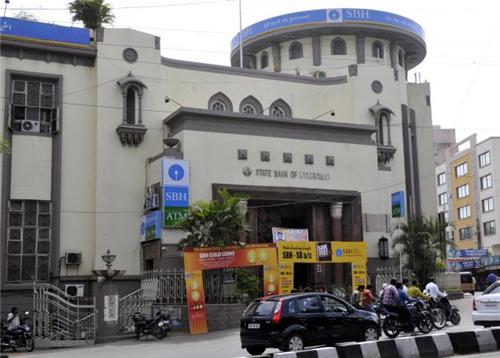 State Bank of Hyderabad will also function as convener to the newly constituted State Level Bankers Committee (SLBC). The SLBC will coordinate and supervise various development activities of Government agencies as well as Banks in Telangana. 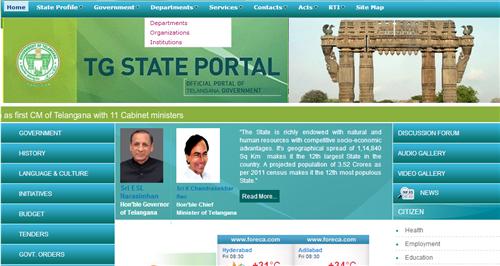 A state which has Hyderabad as its capital will indeed utilize technology to reach basic services to its people. Well, you already know that Hyderabad is a hub of IT Parks which have attracted investment from the best IT companies around the globe.

E-governance is the key word for proper governance and is being followed by every other state in our country. Telangana too has joined in and the first step towards this has been to develop a government portal where citizens can know about various state schemes started for them can download forms, pay bills and taxes and even lodge complaints.

From this government portal, you can get application forms for applying/cancellation/renewal of Driving License, vehicle registration, passport, ration card, birth/death certificate etc. 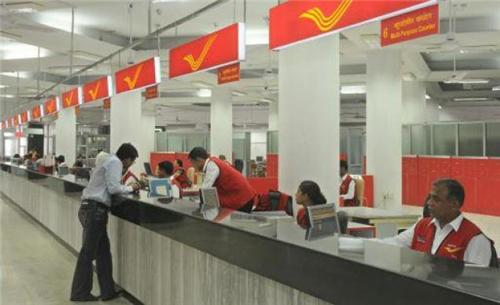 The entire government machinery is being constituted so that various government departments are able to reach basic facilities to the people residing in Telangana. These services are important not only for citizens residing in towns and cities, but also for those inhabiting rural and remote areas.

Who can deny the reach that India's Postal department is equipped with? Yes, it reaches the remotest regions of the state and has widened the scope of its functions too by going beyond dealing with only parcels, speed posts and registered posts. For instance, the Asheervachanam scheme has been used till date for sending donations (through money orders) to famous religious places in India which include Tirupathi, Ajmer Shareif etc. and the devotees can even collect 'prasadam' from these temples in return! This happens only in India, agree?

Not only this. Handicrafts and rural arts are being sold from thePostal Office e-commerce sites and are much in demand all over the globe.

Many other services are in the pipeline which include sale of reservation tickets for bus tickets in post offices, sale of non-judicial stamp papers, sale of 'special darshan' tickets of state tourism, setting up ATMs etc. All these ways will bring in more revenue for the postal department for increased profitability.


Will Telangana Get a New PIN Code

Well, after bifurcation, this is quite a pertinent question! The Postal Index Number (PIN) Codes for Andhra Pradesh and Telangana will remain unchanged and the old PIN Codes will continue for both states. It is intended to improve services, open more post offices, extend services to more regions in the state.

Even other newly formed states like Chhattisgarh, Jharkhand and Uttaranchal States were not given new PIN code series.

Fast Facts about Post Offices in Telangana Thus, if the quantum of operations is considered, there is every likelihood that two circles would be constituted. However, only the Centre has a say in the allotment of new PIN Codes for states. Till then, the old six-digit PIN numbers will continue! 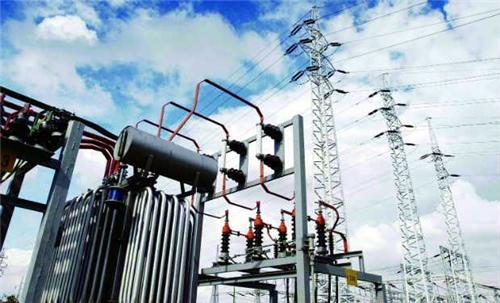 Telangana State Power Generation Corporation Limited (TSGENCO) has been incorporated under Companies Act, 2013. It was founded on 19th May, 2014 and started functioning from 2nd June, 2014.

TSGENCO aims to attain self sufficiency in power, an overall capacity addition of 12,000 MW and also provide consistent power supply for agriculture and industries. It also intends to generate power for supplying for commercial purposes and domestic use.
Total Installed capacity of TSGENCO: 4365.3 MW 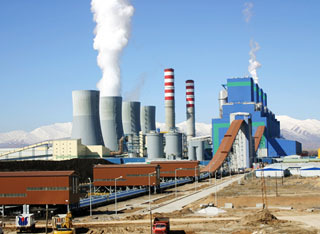 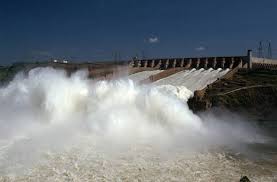 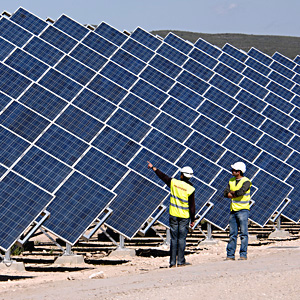 The government is trying its best to overcome power crisis in the newly formed state. For this purpose, traditional sources of power such as solar power and hydel power are being considered.

Some farmers in Telangana and neighbouring states like Tamil Nadu and Andhra Pradesh have already installed solar agriculture pump sets which are working well.

A Memorandum of Understanding (MOU) has been signed by the Solar Energy Corporation of India for setting up of a 1000 MW Solar Park in Gattu Mandal of Mahbubnagar district. This solar park is proposed to be the largest Solar Park in India!


Projects under TSGENCO in Telangana include 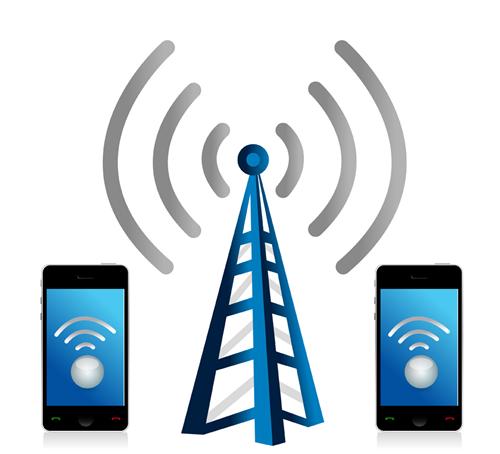 Meeseva refers to 'service at the doorstep'. The government of Telangana is all prepared to afford best possible service to its denizens. Meeseva is a good governance initiative that brings 'Public Services Closer to Home' with a single portal!

Telecom Regulatory Authority of India (TRAI) has not specified any new changes in telecom services after bifurcation of these two states on June 2. Customers in Telangana and Andhra Pradesh DO NOT have to pay roaming charges although they are in two different circles in absence of any such notification from TRAI. Rejoice!

Bharti Airtel will be offering 4G LTE services in Telangana and Andhra Pradesh within six to eight months. The company caters to Mumbai, Punjab, Pune, Bangalore and Kolkata where it is already offering 4G services. In Telangana, it will start its services from Hyderabad and also offer other towns with 4G LTE along with 3G data and voice services. 95% population is already covered by 2G services. 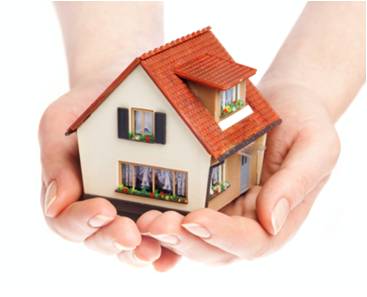 Housing Board in Telangana

The first ever Housing Scheme in Telangana is aimed at constructing houses for those who reside in thatched huts or are homeless. The price of this 125 square yards 2 bedroom house with a toilet is 3 lakhs! 5000 such houses are being constructed in Gajwel (Medak district). A committee will identify the beneficiaries of this housing scheme. Counters have been opened to receive applications from the poor section of people.


Address of Housing Boards in Hyderabad 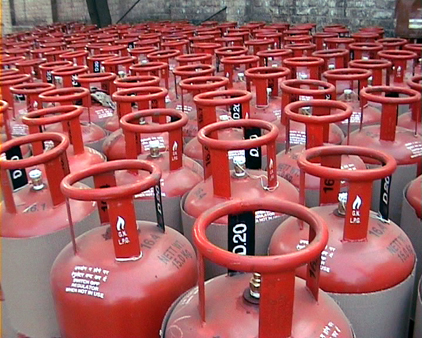 In the land of Biryani who can deny the need for domestic gas cylinder. However, great biryani is the outcome of 'dum pukht' cooking - cooking in low heat with the container sealed to desist the aroma from leaking! The pace of life is fast today and domestic gas helps us do our cooking and other daily chores faster.

Here's the list of addresses of gas Offices in your city. Web addresses will help you reach out to the dealer nearest to you in your city!

You can book gas through SMS by following the following steps:

Hyderabad receives water from diverse sources including Krishna river from Nagarjunasagar which accounts for nearly 60% of water supply. The Hyderabad Metro Water and Sewerage Board supplies the requisite Million Gallons Daily (MGD), still the problem of shortage of water in the districts of telangana continues.

Water supply is needed for domestic purposes as also for industrial and agricultural purposes. The completion of Phase-III of Krishna drinking water project is awaited for supply of additional requirement of water in the region.

Other sources of water supply are Osmansagar, Himayatsagar, Singur and Manjeera. However, water is available in these reservoirs only for 190 days in a year and river Krishna ensures supply for around 250 days.

Telangana government has started a water grid project which intends to provide water to every home. This will be world's longest water grid pipeline --- 1,26,036-kms.! This is a protected drinking water project with 24 water grids in Telangana which will enable at least 70 litres of water per person and satisfy water requirements of people for the next 30 years.

Pulichintala Project on river Krishna is a recently commissioned project (before bifurcation of AP) and impounding of water into the Pulichintala project caused villages in Nalgonda to be submerged in water. Rehabilitation and resettlement work along with compensation to those effected will be undertaken by the government.

The dispute over and Godavari waters between Telangana and other regions has been an ongoing one. The Krishna Waters Dispute Tribunal awarded share in river Krishna to 3 states namely, Maharashtra, Karnataka and Andhra Pradesh.

Sriramsagar project and Sri Arthur Cotton Barrage are the only major constructions across the Godavari in Andhra Pradesh. In 2005, the woes of farmers in Telangana and Rayalaseema regions was addressed by initiating 'jalayagnam' comprising of 86 irrigation projects. Among these, Pranahita-Chevella, Dummugudem, Yellampally, Kanthalapally projects are in Telangana. Power shortage is one of the reasons why these projects take long time for completion - a challenge for Telangana. All these projects are lift irrigation schemes requiring huge quantity of power.

You never know when an emergency will strike! So, it is sensible and practical tooo to be well prepared with important phone numbers of Police stations, fire stations, ambulances etc. with you. 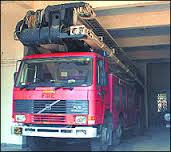 There are only 93 of fire stations located in Telangana. Telangana State Disaster Response and Fire Services Department is always at the beck and call of citizens during any emergency. The fire service stations have been overhauled post-bifurcation and many more personnel will be recruited. Thirty new fire stations will be opened in Telangana. In Hyderabad, presently, there are 18 fire stations. Vizag, Srikakulam and Kakinada will have more fire stations in liew of the presence of many hazardous chemical and pharma units.

Police in Telangana serves as the law enforcement agency in the state. They have jurisdiction in the ten Revenue districts of the state which comprise of two or more Sub-Divisions, several Circles and Police Stations. The Sub Divisional Police Officer (SDPO) heads a Sub-Division.

IPS officer Anurag Sharma is the first DGP (Director General of Police) of Telangana and will head the police force in the state. Department of Police Recruitment Board in Telangana has started work on recruitment of Police constables, drivers for police vehicles and Sub Inspectors etc. Telangana Police has launched a mobile application that will help police trace stolen or abandoned vehicles during regular checking by the police force. 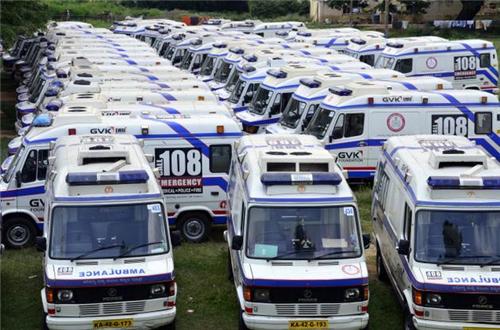 Timely supply of blood belonging to the correct blood group can save a patients life. Red Cross have some Blood Banks across the state and other parts of the country. Blood Camps are organized to collect blood from healthy donors.

Blood Groups like ‘AB’ negative, ‘O’ negative and ‘B’ negative are rare and not easily available during emergencies. Thalassemia patients have to wait for a week due to shortage of blood in blood banks. The NGOs are coming forward and organizing camps from major donors who are college students.

Telangana is picking up straws and slowly yet steadily climbing up the ladder in terms of economic, IT, industrial as well as infrastructural growth.